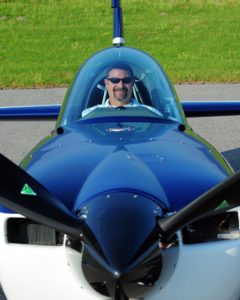 Dean graduated from the United States Naval Academy in 1995. He then reported for  duty in Pensacola to begin his Naval Aviation journey. During his active-duty career,  Dean served as an F-14 instructor, was a member of the F-14 Demonstration Team,  served as a Forward Air Controller (Airborne) and was selected to command an F-18  squadron. His navy career spanned more than 20 years during which he served four  combat tours in Operations Deliberate Force/Forge and Iraqi Freedom.

Following retirement, he has held various positions in the 135 and 121 world including  Assistant Chief Pilot, Chief Pilot, Instructor Pilot, Line Check Airman and he currently  flies for a major airline. A 14-time aircraft owner, he is passionate about aviation in any  form and thoroughly enjoys introducing pilots to the joys of aircraft ownership.