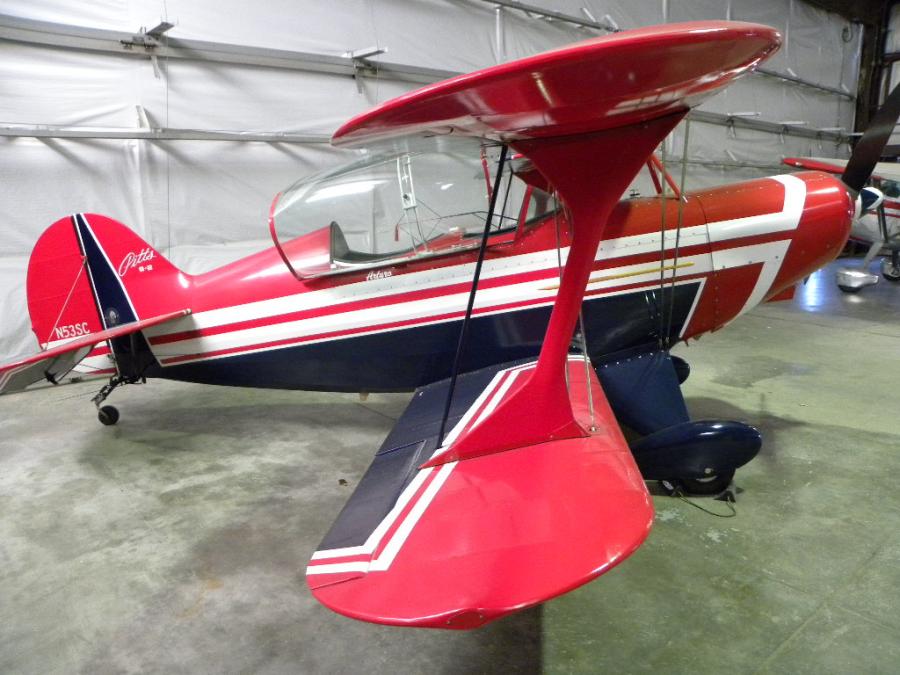 AirplanesUSA Aircraft Sales is proud to present this clean. low time Pitts S2E to market. This airplane was in storage for a number of years, hangared in Kenosha, Wisconsin. The current owner bought the plane in 2009 and had the engine inspected by Poplar Grove Airmotive as part of an extensive annual. The plane is now turn - key, and needs nothing except a new home.

Dual instruction as well as export and worldwide delivery are available.

Built in Salt Lake City in 1984
2 Place Tandem Seat, Conventional Gear Aerobatic Bi-Plane
275 Total Hours Since New
No damage history other than a minor fabric repair to bottom of left wing in 1990
Complete Logs
Factory Built Fuselage, Wings Built by Boyd Grandy
Hangared In Kenosha without Flying from 1998 to 2009
Extensive Annual Conducted in 2009