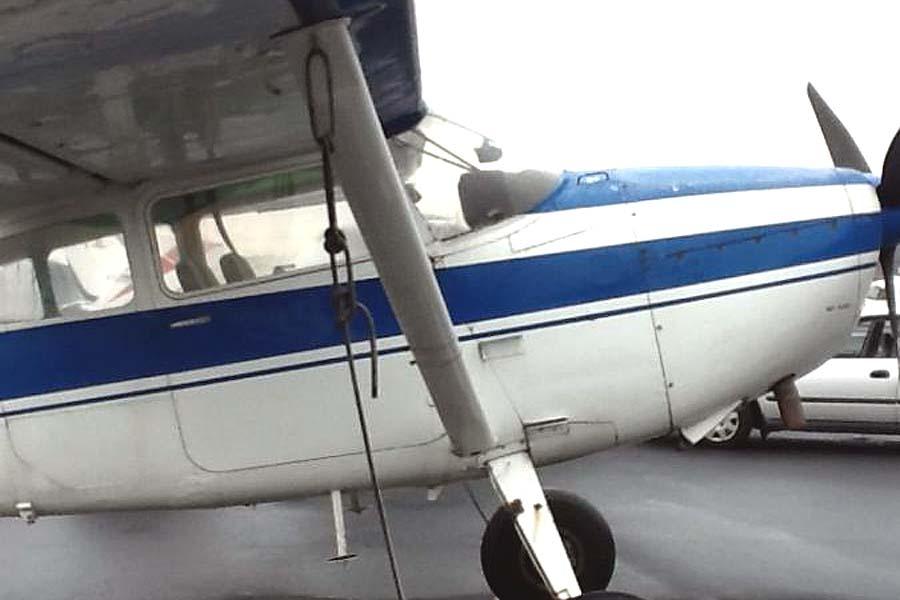 This aircraft has not been flown for several years and was tired down outside. The airframe is very low time, but paint is chipped and flaking off the fuselage. The aircraft will need to be stripped and repainted. The tires are weathered and cracked, and will need to be replaced. It is not in airworthy condition. The interior is in fair condition. Great candidate for restoring back into a like new aircraft.

NTSB report shows that on 11/29/1989, that during an unauthorized flight, the airplane was last cleared to land by atc. The controller lost visual contact with the airplane and an unsuccessful attempt to make contact was made. The airplane was later found abandoned on the taxiway just off the runway. Skid marks beginning aprx 600 feet from the threshold and ending at the wreckage were found. The left main landing gear had collapsed and the airplane was resting on the left wing. The propeller blades were both bent and curled. The pilot was never located and the owner reported that the airplane must have been stolen.

Paint in very poor condition and needs to be repainted.