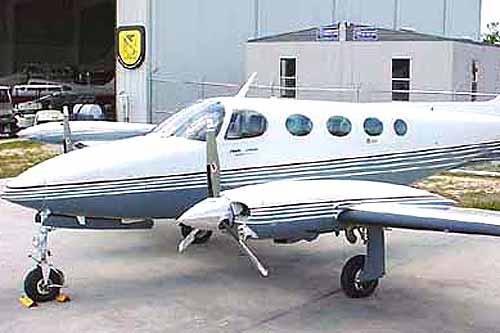 Here is one of the most popular airplanes in its class. The Cessna 340 is relatively economical to operate, simple to fly and possessed of good high-altitude performance.

With this beautiful air-conditioned aircraft, you‘ll also enjoy the benefits of its added $100,000+ RAM VI conversion. Each engine‘s horsepower was increased to 335HP resulting in yet even better performance. Its payload capability was increased and the aircraft also received new props and vortex generators to go with the RAM VI.

This Cessna 340 is loaded with EVERYTHING that you could possibly want! Its owner would consider a trade for an Aerostar 601P.

Complete logs
No damage history
All AD‘s have been complied with.
Next annual due January, 2008.
Aircraft had an extensive annual in 2006 by TAS Aviation in Defiance, Ohio (Twin Cessna Specialists)