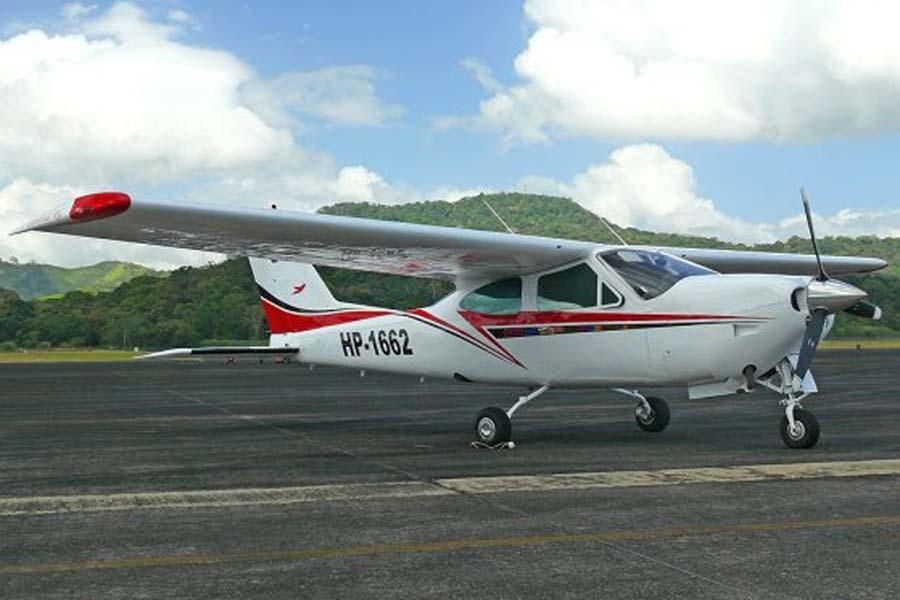 AirplanesUSA assisted one of our best customers in Central America (Panama) with the acquisition of this aircraft in late 2008 for his two sons to enjoy. He has since had the aircraft beautifully painted and had vortex generators installed for their short-field operations! Unfortunately, the fields are just too short for this georgeous Cardinal.

The aircraft is just a few short flight hours away from the USA and all it will need is to be flown back as the Seller will take care of its exportation inspection and issuance of a new Certificate of Export ($3,000 Savings!).

- Vortex Generators (Wings/Tail, Oct. 2009)
- Electric standby vacuum system (Precise)
- Useful load - 943 lbs.
- Fuel capacity - 61 gal.
- Range - 890 NM
- Cruise - 130 kts @ 8 gal./hr.; 147 kts @ 10 gal./hr.
- Max Recommended Cruise - 171 kts.
- Ceiling 17,100 feet
- Headsets in photos not included
- Owner reports that this Cardinal flies like a dream and is in perfectly fine mechanical and cosmetic condition. He has cheerfully invested to make this a beautiful and sound flying machine for his family. Unfortunately, despite its strong 200 HP engine and added vortex generators, most of the nearby island airstrips pose are very challenging due to their extremely short runways and the usual warm tropical climate. Otherwise, he would not be interested in selling this aircraft.
Aircraft location:
- Aircraft is hangared in Panama City, Panama (Central America)
- Previous ownership based in Toledo, Ohio until late 2008.

- Visit AIRPLANESUSA.COM for the latest photos and details.
- Information provided is believed accurate but not guaranteed.
- Flight times may vary with normal aircraft utilization.
- Aircraft is subject to prior sale or withdrawal from the market.
- Proper inspections are encouraged as warrantees are not included.
- Interested in listing your aircraft with AirplanesUSA? Call us today!