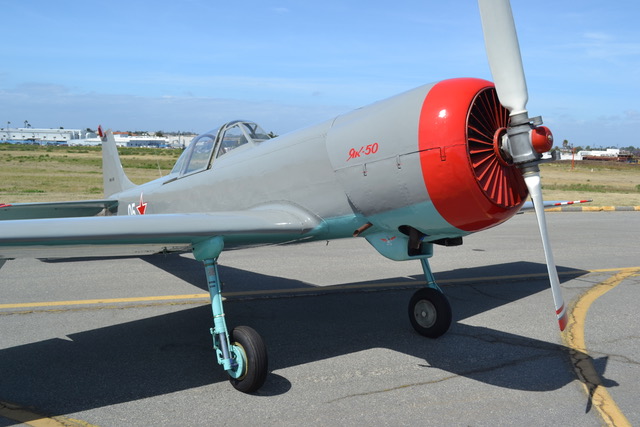 AirplanesUSA Aircraft Sales proudly presents this immaculate Yak 50 to market.
The aircraft had 156 hours since new when sent back to the factory for complete overhaul in Russia. In December 1999 she was delivered from the factory and declared a “zero time” overhaul with latest technical standards and service bulletins complied with. After test flights were completed in 2000, the aircraft was placed in storage and eventually imported to France where it was impounded for tax reasons and sold at auction in 2014. In 2015 the aircraft was completely restored and upgraded with new avionics installed to comply with European airworthiness standards. After recertification in France and successful test flights there, she was then purchased by the current owner and shipped to California and reassembled, registered with the FAA, and test flown at Camarillo, CA airport.
Since 2016 the aircraft has been hangared at Torrance Airport, CA.
This ship is practically new in every way, with 169.7 hours since new and 13.3 hours on the M14P engine.

-Recovering and New Paint on Elevators

-Dope and New Paint on Ailerons